In the year 2018/19, The Co-op Credit Union doubled its surplus to £40k and maintained its commitment to savers by rewarding them with a competitive 1% dividend.  From solid foundations, with capital almost double the Bank of England requirement, the board took the decision to appoint a new Chief Executive to drive the credit union’s growth.

Matt Bland took up the Chief Executive post in January 2020, having spent 11 years working with the leading credit union trade body, ABCUL.  As Head of Policy & Communications, he was responsible for advocating on credit unions’ behalf with government, regulators and the world at large.  He also played a pivotal role in identifying and promoting credit union best practice.

David Fawell, Chair of The Co-op Credit Union, said: “We are pleased to report another solid year’s results for 2018/19.  The credit union has strong fundamentals with almost double the required capital reserves, a skilled and committed staff and board team, and a loyal membership base.

“Having reflected on the credit union’s position, the board took the decision to use these solid foundations as a base for going for growth with a new Chief Executive to drive this agenda forward.  Matt brings a wealth of experience and expertise and an unrivalled network making him the ideal person to take on the role.”

“The credit union’s services have never been more urgently relevant with the state of household finances having deteriorated significantly and levels of debt at record levels.  We are troubled by what we see on a daily basis of too many members’ finances.  It is up to us as credit unions to show that it is possible to do things differently – extending truly affordable and responsible credit and building financial resilience through savings.” 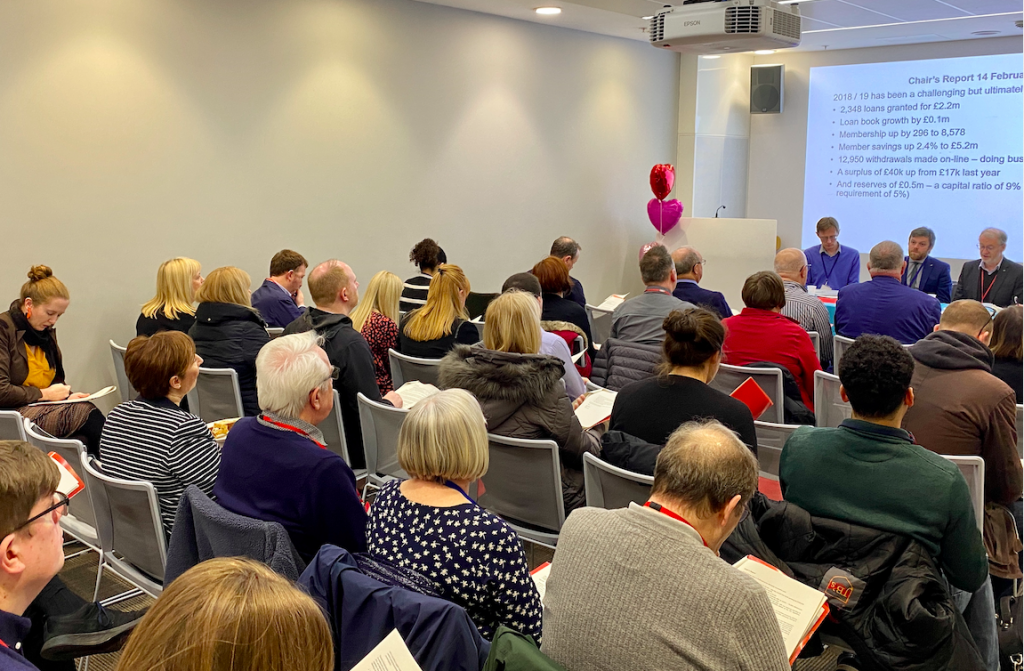 This entry was written by Credit Union, posted on February 14, 2020 at 1:39 pm, filed under Latest News. Bookmark the permalink. Follow any comments here with the RSS feed for this post. Both comments and trackbacks are currently closed.