Of course, these are just a few examples amongst the millions of unsung heroes of the movement who contribute so much every single day.

So, to all the credit union heroes around the world – wherever you are and whatever you do to support your credit union – to all the founders, supporters, volunteers, employees…. and members – WE SALUTE YOU! 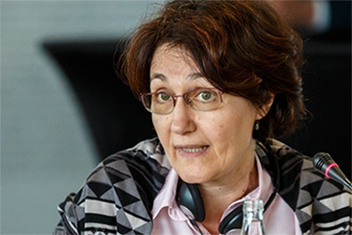 Recently, Ancuta has been a part of the team that has forged very useful links between UK credit unions and Romanian credit co-operatives. She is always patient and willing to help a variety of nationalities learn from each other; a Romanian genius with all these groups of people.

Ancuta has over 20 years of experience in the NGO sector in Romania for the development of which she has worked in various capacities: designing and leading some of the first programs for civil society development in Romania, doing advocacy work, training and research. She has worked for the EC Delegation in Romania, has been the first director of Civil Society Development Foundation and a founding member of many other organisations in Romania such as Foundation Partners for Local Development. In 2007 Ancuta co-organised the first conference in Romania on Social Enterprises and in 2010 has coordinated a team which published the report The NGO Sector in Romania 2010 – trends, profile and challenges which included first data on the economic weight of significant sectors of the social economy. Since 2010, Ancuta is the senior consultant and helped establish the Institute of Social Economy IES in Romania IES. In co-operation with the University of Bucharest and other research partners, Ancuta has designed for IES several research projects on the various segments of social economy in Romania: cooperatives, credit unions, farmers associations, social enterprises and work integration. 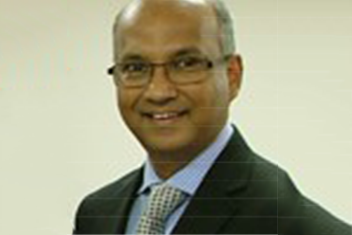 Head of the London Mutual Credit Union (LMCU), Lucky is one of those credit union solid, trusted, and much relied upon, characters who is never to busy to return a phone call or answer an enquiry, and give advice, from credit unions all over the country.

He has led his credit union for many years and often at the forefront of innovation and groundbreaking products and services. Credit unions are unlike banks, in being secretive, and Lucky’s credit union is a fine example of sharing best practice and ‘co-operatives helping other co-operatives’.

Lucky Chandrasekera is no wide-eyed dreamer. The LMCU is at the forefront in tackling the payday lenders on some of their most lucrative turf – the run-down estates of Peckham and Camberwell in south London. LMCU has grown well in tough times on tough turf but under the stewardship of a fine board of directors coupled with a staff team led by Lucky. 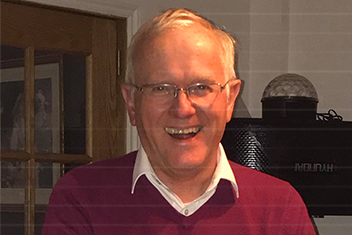 Dr Paul A. Jones is a Director of Research and a Reader in the Social Economy at Liverpool John Moores University, where he heads up the Research Unit for Financial Inclusion. He is also visiting lecturer in the social economy at the Czech University of Life Sciences in Prague. Paul has had over twenty-five years’ experience in academic, action and evaluative research in credit union organisational development, financial services for lower and moderate-income households, and money and debt advice services.

Paul is the number one ‘go-to’ authority on UK credit unions; Paul is passionate about the cause of ethical low-cost finance. He has probably done more than any one person in the promotion of credit unions in the UK. From collection-point cashier in a 300-member community credit union, to now writing papers that shape government thinking on credit unions. Much loved and often quoted and emulated.

The subjects of Paul’s research studies have included widening access to community finance in London, credit union strengthening in the UK and Romania, credit union governance (for the UK Government), access to affordable credit in Europe (for the European Commission), and credit union engagement with prisons (for the UK Ministry of Justice). Paul is also a frequent speaker at international credit union and co-operative events throughout Europe. He was the Editor of the Journal of Co-operative Studies from 2006 to 2015 and is currently its Deputy Editor. Paul is a director of Enterprise and Manchester Credit Unions. 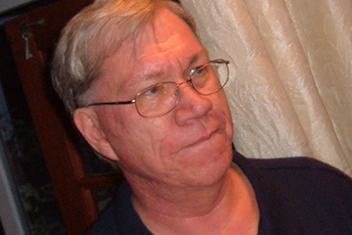 An attorney by training, Ralph has 45 years experience in the USA and international credit union sector, having served as President/CEO of Credit Union National Association (the primary U.S. credit union trade body), as Chairman of the Management Committee of the Association of British Credit Unions, Ltd. (ABCUL), and later as head of International Operations for CUNA Mutual Group.

An inspiration to many credit union volunteers and often called upon for counsel and mentoring; Ralph is much loved.

Since leaving CUNA Mutual in 2005, Ralph has provided consulting and executive-level project management services to credit unions and credit union organisations in the U.S., Ireland, Australia and China and to the World Council of Credit Unions. Over the years, Ralph has served as a director of numerous credit union and co-operative organizations inÂ AmericaÂ and internationally, and he is currently Chair of the Centre for Community Finance Europe.

Rose was a founding member of one of Scotland’s most successful credit unions and a key influence on and advocate for the credit union movement throughout the UK. Rose lived all her life in the Clydebank area. Always active in her community, it was at a local women’s group in the mid-1970s that she first heard about credit unions. She persuaded enough people of the benefits and with her late husband was one of the key founding members of Dalmuir Credit Union in 1977.

From its early life in a church hall, Dalmuir CU grew quickly and moved to a school hut in 1983, where it remained until 2001 when it became the first credit union in Britain to build its own premises. By this time, Dalmuir had been the largest community credit union in Britain for some years and the then Scottish Secretary, Helen Liddell, opened the new building in the centre of Clydebank, which serves over 6,500 members.

This entry was written by Credit Union, posted on October 17, 2019 at 11:23 am, filed under Latest News. Bookmark the permalink. Follow any comments here with the RSS feed for this post. Both comments and trackbacks are currently closed.