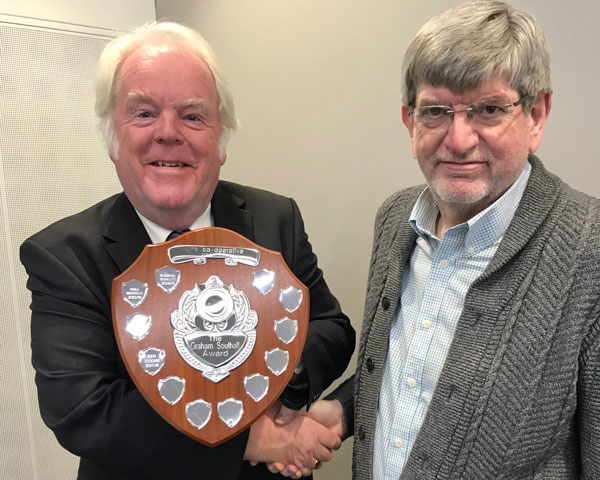 A stalwart of The Co-op Credit Union, Ken Jackson, received recognition at yesterday’s annual general meeting in Manchester. Ken was presented with the annual ‘Graham Southall Award’ for his support and volunteering for the credit union.

The award, in its 4th year, is presented by Lifetime President Graham Southall in recognition of an outstanding contribution to the credit union which was established in 1998.

Ken, who worked for the Co-op Bank before he retired, is a key member of the credit union’s supervisory committee, a role he has fulfilled for 18 years.

Ken said: “I had no idea I was going to receive this award. It has come as a great surprise as I really enjoy my supervisory work for the credit union.”

Chair David Fawell said: “I am delighted this award has been presented to Ken who has made such a major contribution to The Co-op Credit Union over many years.”

He added: “The Co-op Credit Union is in good shape. Last year we granted 2,300 loans and we have lent over £32 million since we started in 1998, although we have the funds to lend even more to our members.

“At a time when many families are facing tough financial challenges, the credit union offers very competitive interest rates for loans from as little as £100.

“As it was more than 20 years ago when the credit union was established our aim remains to provide members with a simple mechanism for saving and borrowing.

“I am extremely proud that the credit union remains a thriving operation, serving the needs of our more than 8,000 members, and their families, drawn from a range of co-operative and mutual organisations across the UK.

“As it was more than 20 years ago when the credit union was established our aim remains to provide members with a simple mechanism for saving and borrowing. 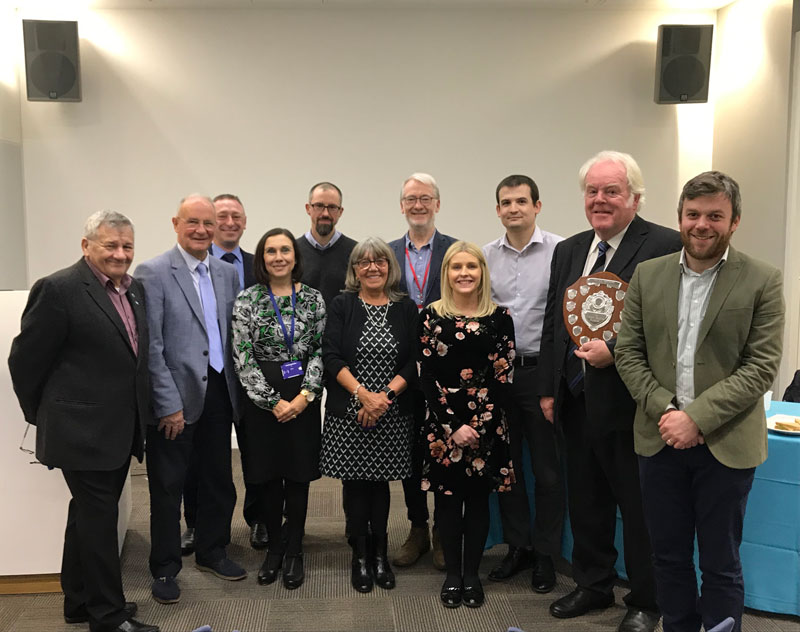 Ken, second from right, alongside credit union directors and colleagues

This entry was written by Credit Union, posted on February 20, 2019 at 9:31 am, filed under Latest News. Bookmark the permalink. Follow any comments here with the RSS feed for this post. Both comments and trackbacks are currently closed.