We’ve had a makeover – introducing our new brand 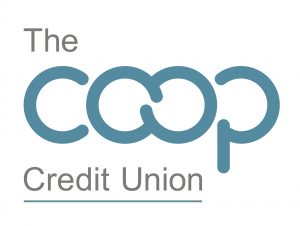 The Co-op Credit Union has had a makeover in order to bring it in line with its partners across the Co-op movement.

Since its launch in 1998, The Co-op Credit Union with its team of dedicated and enthusiastic volunteers has lent £30m to its 8000 members across a number of different cooperatives across Great Britain.

With seven permanent staff and around 25 volunteers, it manages over £5m of members’ savings, and has outstanding loans of £2.5m. The credit union recently marked its 20th anniversary and reported on their last five years of progress with membership increasing by 64%, and assets more than doubling.

In its twenty-first year, the credit union will be known simply as The Co-op Credit Union and has adopted the revived co-op logo as part of its new brand and colour scheme. The new look, which can now be seen here on the Credit Union website and social media channels, was launched at the Co-op Group AGM in Manchester on Saturday 19 May.

Operations Manager Andrew Davey said: “Our new look and feel reflects the credit union’s close relationship with the co-operative sector in its widest sense. It signals the latest in a series of updates and improvements to our member service, including new and improved online account access where our members can check balances, make self-serve withdrawals and send secure messages, with a new speedier online loan application to be added soon.”

This entry was written by Credit Union, posted on May 21, 2018 at 2:28 pm, filed under Latest News. Bookmark the permalink. Follow any comments here with the RSS feed for this post. Both comments and trackbacks are currently closed.