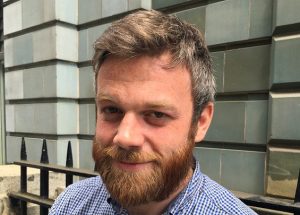 This past week has seen the demise of Wonga as it collapsed under the weight of complaints and compensation payouts relating to its activities before the FCA clamped down on its practices in 2014 with an interest rate cap and other expectations on affordability assessments.

Responding to the news, Co-op Credit Union Director and ABCUL Head of Policy & Communications, Matt Bland, said: “Few will shed a tear to see the demise of Wonga whose high-profile marketing and sports sponsorship at their peak made them by far the best-known payday lending brand.  But the closure of Wonga should not be confused with the end of high-cost lending or even of payday lending.

“The interest rate cap regime has caused most short-term lenders to adapt their lending practices and many now offer loans on installment repayment plans which, while still very expensive, are much better for consumers.  And while the FCA’s consumer credit regime had produced improvements in practices in many respects, lenders continue to grow and lend to people who find difficulty accessing credit from the mainstream.

“Credit unions offer an alternative to these high-cost creditors which puts people’s long-term financial resilience at its heart.  They will lend people the smaller sums that banks won’t consider but at reasonable rates of interest.  At the same time they encourage people to save, which is the only long-term route out of a cycle of debt.  The Fairbanking Foundation’s Save As You Borrow report demonstrates the power of this method.

“Credit unions have a great deal to offer to society in general and continue to grow, with almost 2 million members now in the UK. But they could do so much more and we are working closely with government, regulators, the banks and others to continue to support the sector to expand.

“With changes to legislation and regulation, some targeted investment and partnerships with employers to deliver services in the workplace, credit unions could become and even more significant force in providing an ethical source of credit for people who face some financial challenges.”

This entry was written by Credit Union, posted on September 3, 2018 at 10:01 am, filed under Latest News. Bookmark the permalink. Follow any comments here with the RSS feed for this post. Both comments and trackbacks are currently closed.